‘Tis the season to be jolly, and we’re sure that most Spina Zonke players will be asking Santa for some big wins on casinos games and slots this festive season. To get into the swing of things we’ve listed all the best Christmas themed Spina Zonke games that you can enjoy playing on Hollywoodbets. With spins starting from as little as 20c we are sure there is a Christmas-themed game packed full of features for every player, and to suit any budget. 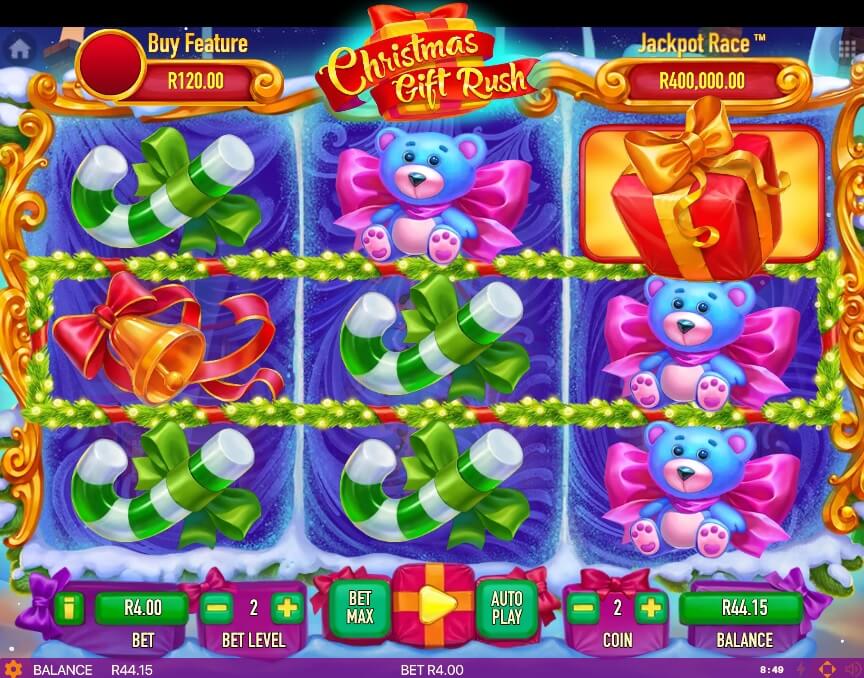 Christmas Gift Rush starts at 20c a spin, has a nudge feature that you can hit during play, as well as the option to buy a feature. It’s one of the most popular Christmas games on Spina Zonke thanks to it’s simplicity. Just be warned with buying features, they aren’t guaranteed to return a profit. 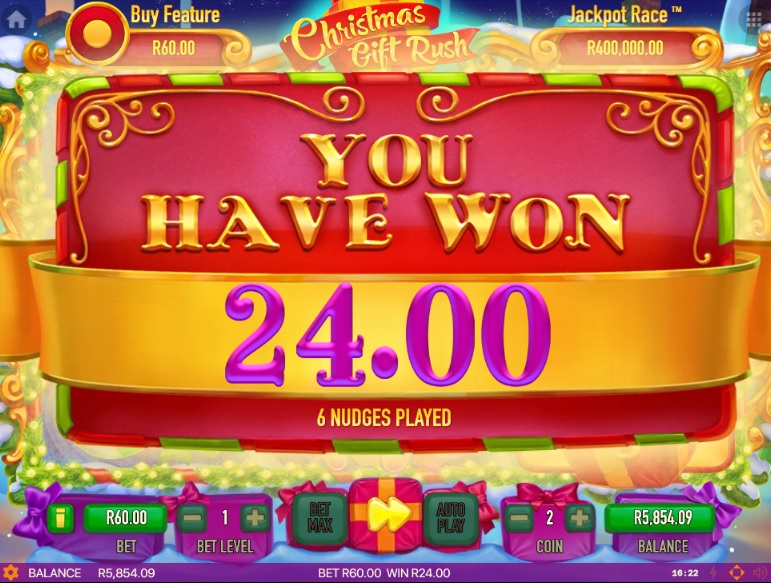 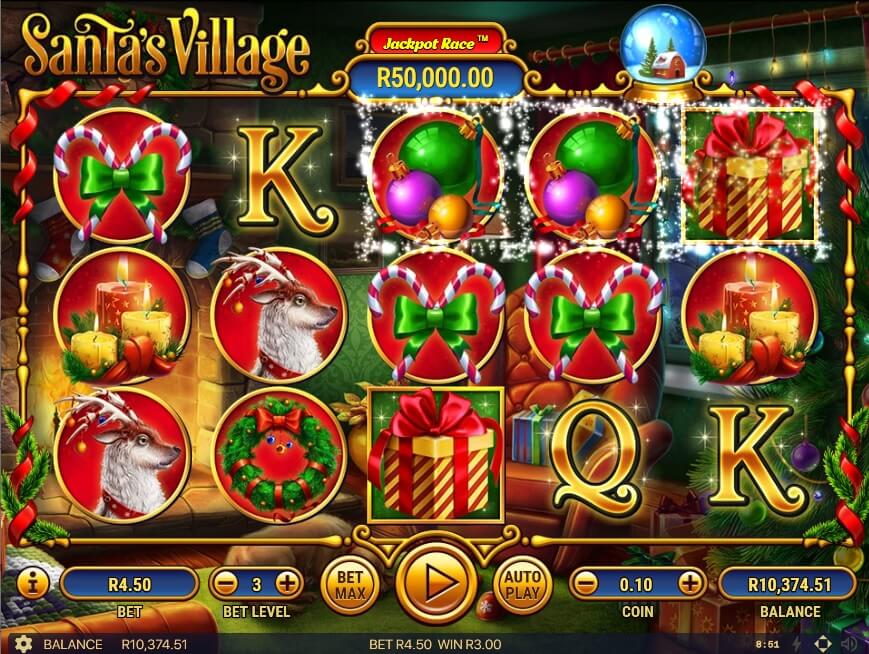 Santa’s village is fun and strikingly beautiful Spina Zonke Christmas game starting at 30c a spin, with a fun feature where Santa walks around the village dropping off gifts (or bonuses in this case) at various houses. There is the chance for some big wins and it’s a very popular game with players due to the feature. 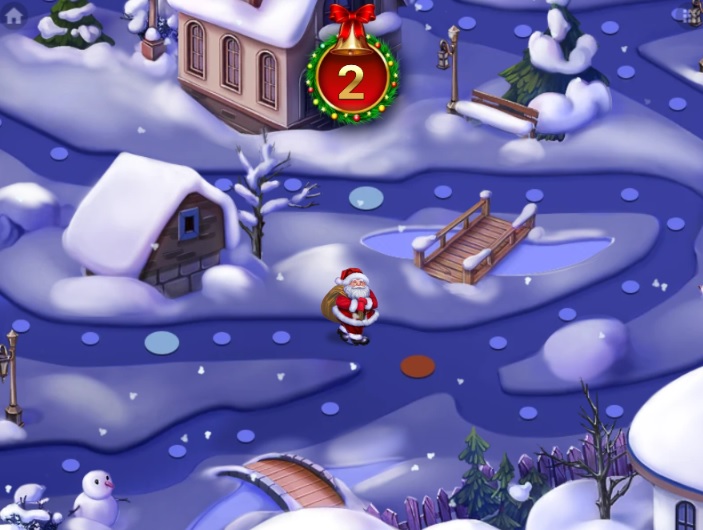 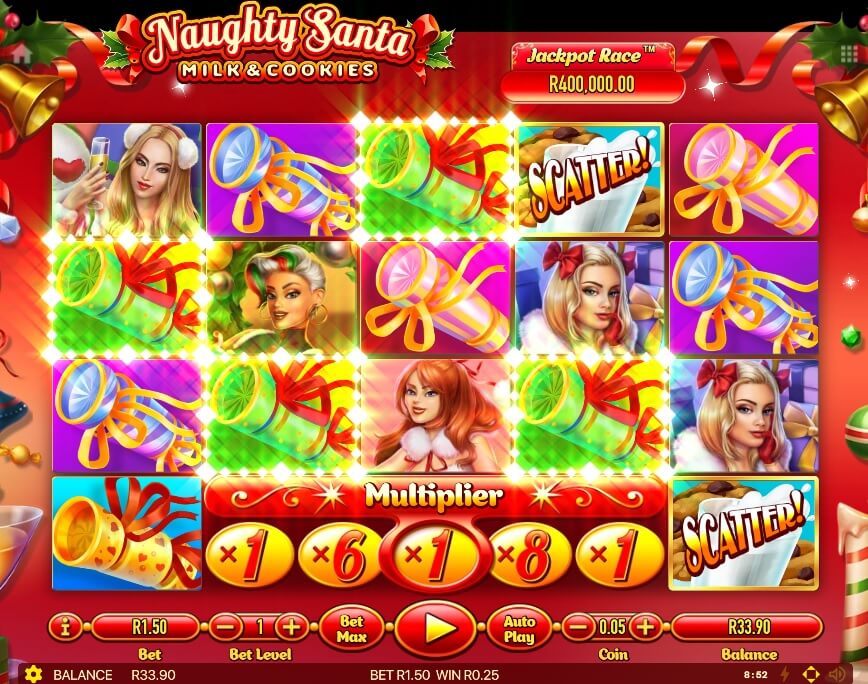 Have you been naughty or nice? Well Naughty Santa is here to help you make your Christmas wishes come true. Starting at 60c a spin there are a variety of wilds, free spins and features that could strike while playing Naughty Santa. The game is entertaining and one of the most action packed Christmas themed slots on this list. 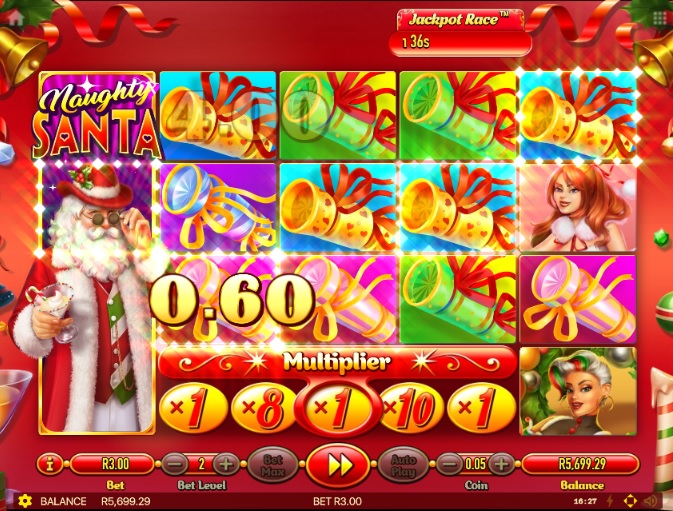 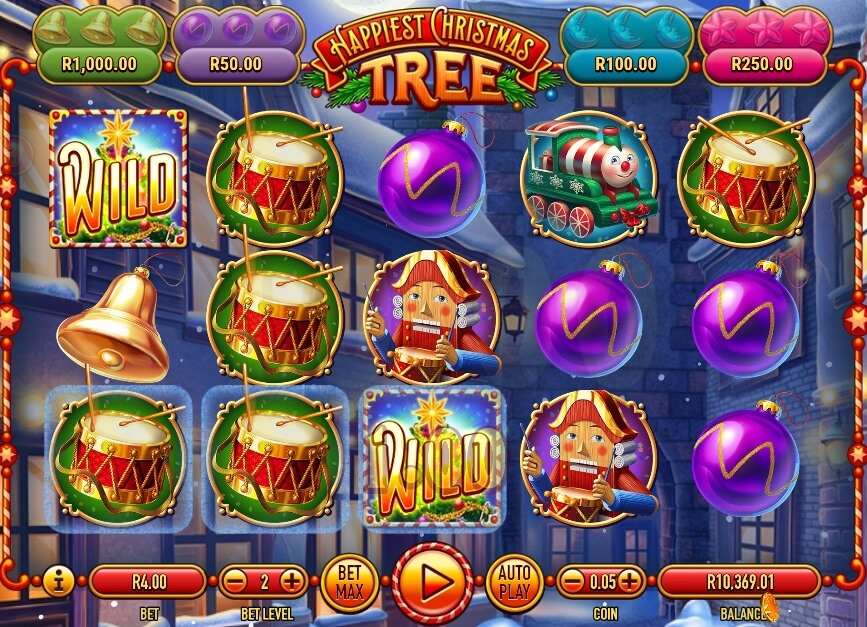 Starting at 80c a spin, Happiest Christmas Tree has an in game feature that you can hit during gameplay, or by collecting 12 of the various symbols. It’s also a popular game thanks to the regular wilds that help you along the way. Don’t go chasing those features without a big balance, as the bells can be very hard to complete! 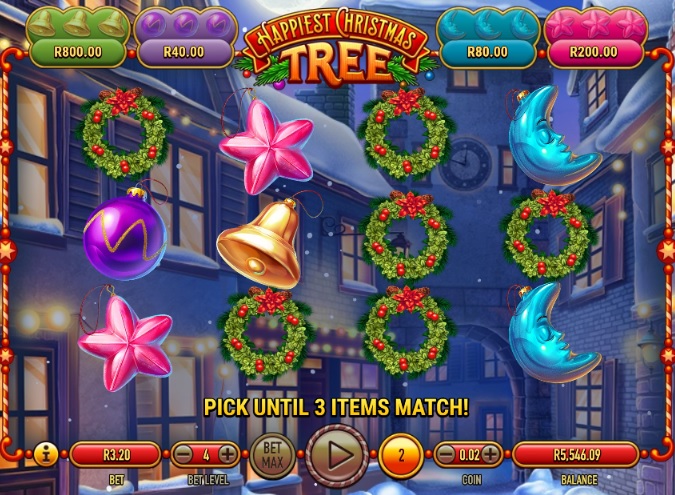 If you have a Hollywoodbets account then head over to the Spina Zonke lobby and try some of these great games out for yourself. If you aren’t yet an account holder then register with Hollywoodbets to get access to over 70 different Spina Zonke games, including the ones mentioned on this list.

Check out the Spina Zonke Christmas Games in Action