Hollywoodbets have upped the slots ante by adding a selection of new slots games from software providers YGGDrasil and Pragmatic Play, two of the leading slots providers worldwide. The new games are a great complement to the current Spina Zonke games like Hot Hot Fruit, from Habanero, which currently has over 80 games to choose from. YGGDrasil is known for it’s hit games like Vikings go Bezerk, Valley of the Gods, and more, while Pragmatic Play offers classics like Sweet Bonanza and Gates of Olympus. In this guide we’re going to take a quick look at a few of the new games, as well as where to find them on the Hollywoodbets Spina Zonke site.

Where to find YGGDrasil & Pragmatic Play on Hollywoodbets

The YGGDrasil and Pragmatic Play games are located in the Hollywoodbets Spina Zonke lobby, where you’ll also find the Habanero games. To view the new games click on the all games button, which will give the option of choosing between Habanero, YGGDrasil or Pragmatic play, click on one of these to see what’s on offer.

Once you are in the correct lobby simply click on the game that you want to play and it will load. You do need to have a Hollywoodbets account to view the games, so you maybe prompted to enter your Hollywoodbets login details.

The Pragmatic play games start from as little as 20c a spin, making them more accessible than those from YGGDrasil. Hollywoodbets also offer all the best slots, and we’ve listed some of our favourite ones below.

Starting from as little as 20c a spin you can load up on sugar in Sweet Bonanza, a tumbling slot on Hollywoodbets. The more candies you hit during the game, the more you get in the tumbling feature. Hit or buy the free spins feature for high multipliers and big wins. 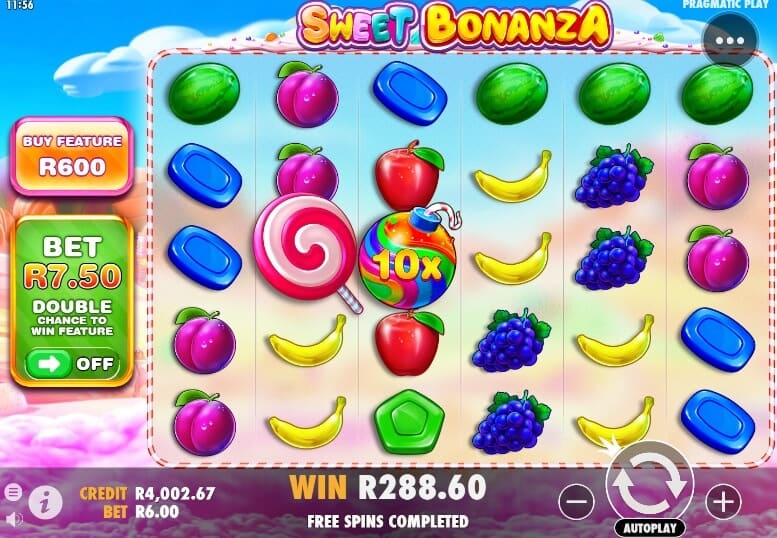 Starting from as little as 20c a spin you can embrace the wild with Buffalo King on Hollywoodbets, the 4×6, has 4096 different ways to win. The buffaloes are stacked on all reels and can bring players some big wins. Hit up to 100 free spins with frequent re-triggers to hit huge wins with Wild win multipliers up to 5x. 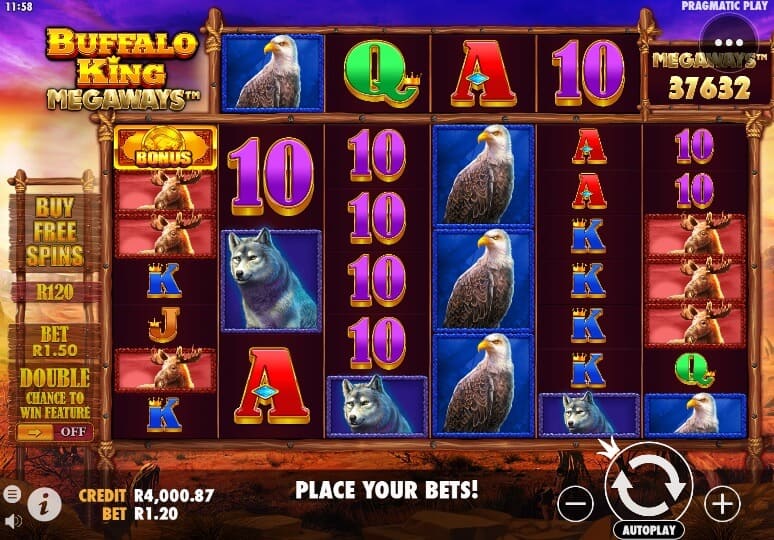 The Gates into Zeus’ realm open wide to all Hollywoodbets players in the Gates of Olympus, the 6×5 slot with 20 different paylines, where symbols come tumbling down, paying in clusters of at least 8. Zeus’ gifts are the four multiplier symbols that can take any value up to 500x. Enter Mount Olympus in the Free Spins with 15 free games during which all multipliers are added up, awarding the player with fantastic prizes. 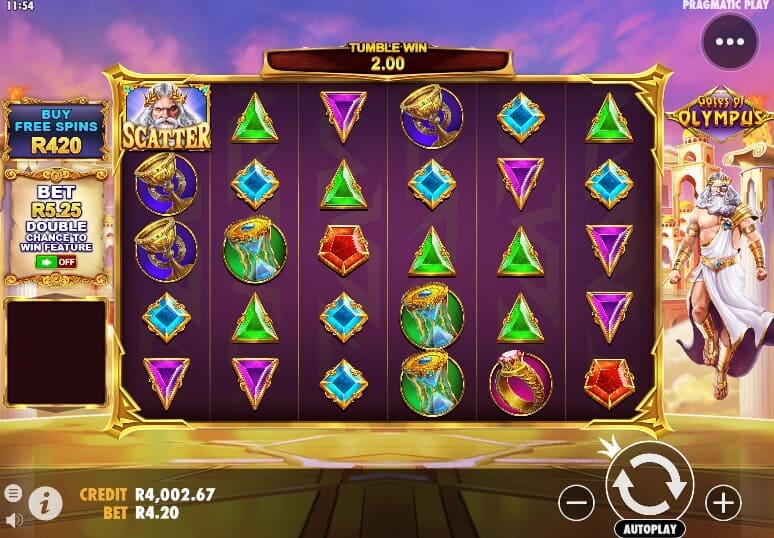 The Best YGGDrasil Games on Hollywoodbets

YGGDrasil have a fantastic selection of games, some starting from as little as R1 a spin and going up to a whopping R1000 a spin for the high rollers. Below are some of the most popular games that we recommend checking out for a spin or two.

Starting from R2.50 a spin the Vikings go Berzerk game on Hollywoodbets is a 5 reels, 4 rows and 25 paylines slot, oriented from the left to right. The game has four Viking symbols and four Coin symbols that win if three or more are lined up in sequence on a payline. You can also earn bonus games by filling up the rage meter. 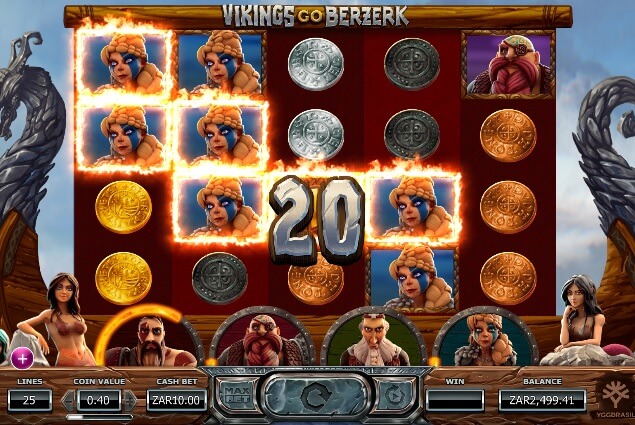 Valley of the Gods

Starting from R1 a spin, Valley of Gods on Hollywoodbets Spina Zonke gives you a re-spin with every win and hit winning combinations to expand your game area while discovering ancient mysteries. The more you win the more the reels open, leading to a bonus game that can pay out some massive wins. 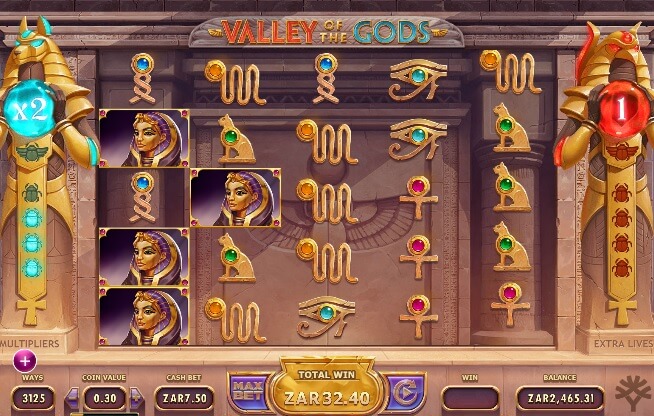 Starting at R1 a spin Aldo’s Journey has 4 different cities and cultures to explore, wheeling and dealing gold along the way. The game is similar to the Scopa game by Habanero, and has some great features and bonuses for players to hit. 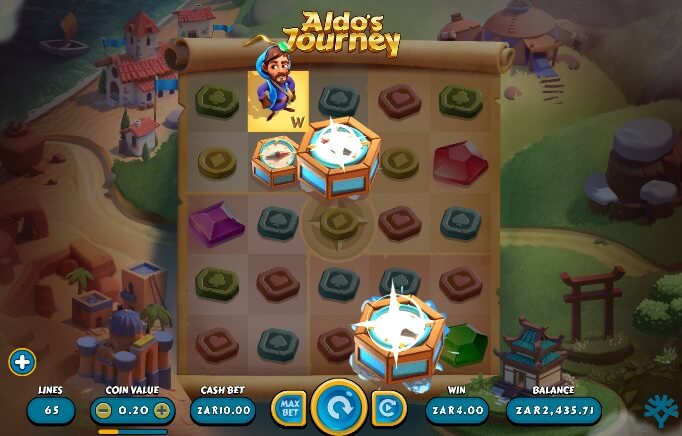 Starting from R2 Spin the Atlantis Megaways slot on Hollywoodbets takes you on a mythical journey into the depths of the sea, to the hidden underwater world Atlantis, where the megaways feature enables wins like no other, since every wins triggers a super reaction. This game features up to 42 scatters and a platinum jackpot of x2000. 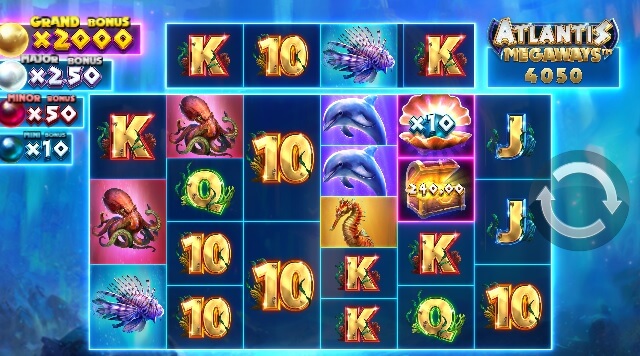 Check out the Hollywoodbets YGGDrasil Games in action

Our thoughts on the YGGDrasil & Pragmatic Play games on Spina Zonke

Hollywoodbets is fast becoming one of the best online casino betting sites, thanks to the addition of all the new Spina Zonke games. The new games offer casino players a wide variety, and are accessible to all players on mobile and desktop. We highly recommend taking some of the games mentioned above for a spin, as you could be the next big winner! Hollywoodbets are also offering new customers a R25 sign up free bet, and you can find out more about their offering in our Hollywoodbets review. 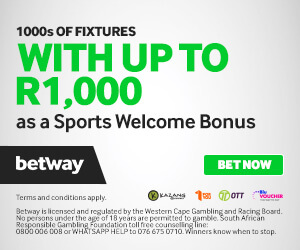 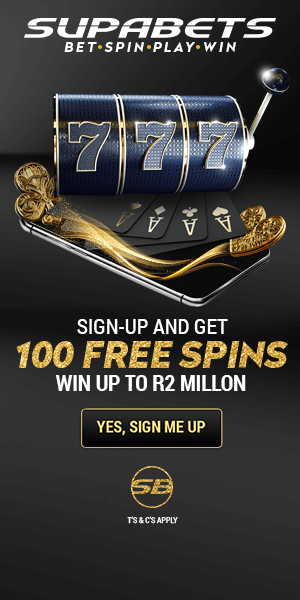