Sports Betting banking in South Africa has been somewhat stagnant over the last few years, with very few bookmakers pushing the boundaries of their offering. In this article we’re going to look at the positives, negatives and potential moves that would improve the Sports Betting withdrawal experience in South Africa.

South Africa is flooded with too many poor to mediocre bookmakers. We’re not going to name and shame as it down to the punter to decide what they like, however we will discuss the things that need to change to further bookmaking.

Bookmakers that offer a poor product do the industry a massive disservice, especially when it comes to Sports Betting withdrawals. They often leave many punters with a bad taste in their mouths which sours them to online betting. One of the biggest issues is receiving withdrawals from bookmakers, especially smaller ones.

One should not have to wait more than 3 days for a withdrawal, yes things happen that delay the occasional withdrawal but they are rare occurrences. If I’m withdrawing money from a bookmaker and I receive it the next day (Betx) then I’m more than likely to deposit at that bookmaker again. Why? Because I trust them with my money and know that they’ll pay me my winnings. 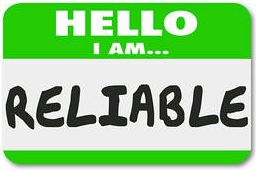 Where are my winnings?

If a bookmaker hasn’t paid you in within 5 days of your withdrawal then it’s time to find a new bookmaker, no matter how good they are. Imagine your boss paid you 5 days after payday, you wouldn’t be very happy would you? Well you should be as upset if a bookmaker does not pay you. We’ve gone several weeks(!) without receiving a withdrawal because the bookmaker was verifying our documents or there was some or other lame excuse as to why they could not pay the winnings. Needless to say we did eventually get the money but we voted with our feet at won’t be depositing there ever again.

It’s hard to say why some bookmakers are so slow to pay but we put it down to one of the following :

Only one of the above mentioned excuse are actually valid and that is the suspected fraud excuse. The rest are a result of poor planning and management, if not those then it’s certainly the bookmakers policy to delay withdrawals as long as possible. To what end? We really don’t know, perhaps they think that the punter will give up and they get to keep the juicy winnings! 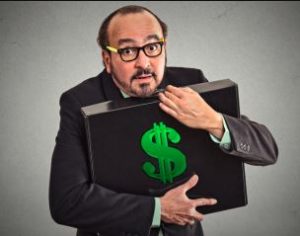 The withdrawal issue that irks us the most is the ridiculous banking requirements one. You may not believe some of the hoops that you are required to jump through to get your juicy loot but believe me they are true.

Let’s start with the one that is somewhat mild, the email withdrawal request. Some bookmakers REQUIRE you to send an email with your account number, withdrawal amount and your banking details before they can process your withdrawal. Now we have no problem sending in banking details if needed but why on earth do I need to mail a withdrawal request?! It’s the 21st century, I can buy a house online, do my grocery shopping, banking and even buy and sell virtual, well crypto, currencies. But some bookmakers insist on having me send in an email that is going to be unread for a few days while the money I want to withdraw sits in my balance, looking like a bottle of ice cold water after a heavy night on the sauce.

There are bookmakers who are extremely proficient at receiving and processing email withdraws, Eazibet are one of those who should be praised in this regard. However for every Eazibet there are 3 other books that take a week to read the email and then proceed to either;  ignore it and carry on counting their loot ; respond with a ridiculous request for additional documents or a blood sample that must be taken under a full moon on the summer solstice by Mick Jagger. Which brings us to our biggest pet peeve, requesting additional documents.

There are a handful of bookmakers who will send you the dreaded “Request for more documents” email. Usually they ask for a 3 month bank statement, which isn’t too bad as if we’re betting online we certainly have access to our online banking, well most of us. These aren’t too much of a pain to resolve but there is one additional documents request that gets us everytime, the “Please send in a bank statement signed, dated and stamped by the bank, the statement should be no older than 3 months”. Seriously, some bookmakers ask for this and it is the biggest load of shit we’ve ever heard.

Who has time to go down to a bank to get a damned signed statement? Banks are open from 9am – 4pm, yes there are those that stay open longer but the majority don’t. So now we have to take an hour lunch break, hope that the queue isn’t too long, PAY for a printed statement, photograph or scan said statement and send it to the bookmaker. That’s a massive chunk out of our day and all because some bureaucrat at Joe Soap bookie says that they need it to verify our bank details. 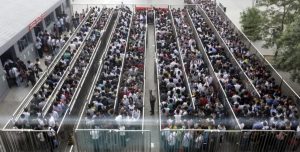 Don’t get me wrong, I’m all for verifying bank details but why is a signed and stamped statement needed? A simple screenshot or online statement is more than enough, and even that is too much to be honest. The majority of bookmakers let punters enter their bank details on an online form and that’s it, it’s done. If the money doesn’t arrive in our account then either we messed up our bank details and some lucky fish is enjoying our winnings (unlikely but plausable) or the bookie has taken long with their processing of the payment.

The bookies reason for requesting this as stated is to confirm our banking details before they pay the money, but that’s hogwash. Most of those bookmakers don’t even have it in their terms and conditions that you need to send this document in. Yes you read that right, it’s not in their holy grail of terms and conditions. Which means it’s something they’ve shoehorned in their at the last moment. On several occasions we’ve taken this up with agents, supervisors and managers who all have no clue, other than repeating the request for the documents. Ridiculous.

The most annoying part is that it doesn’t end there, we have been told by a bookmaker that they will not release the funds as the address on the bank statement does not match the address we registered and fica’d with. If we had used a bank statement when registering the account then fine, the address may have changed. If we have sent in fica documents that have been verified by the bookmaker themselves then the address on the bank statement should have little to no bearing on anything. Sure you can change your banking address and get a new signed statement from those palaces of efficiency which are SA Banks, but that’s another lunch break ruined. By the time you actually get your money you’ll pretty much have written it off as school fees (we did) 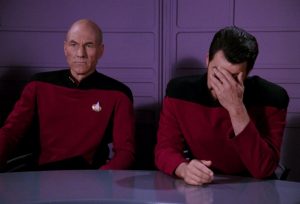 We’ve had a good go at some bookmakers withdrawal problems and we think it’s high time that they start making changes or at least communicate their reasoning and line of thinking better. We’d like to see that following withdrawal processes implemented as standard across the board.

We know that much of what we’ve said will fall on deaf ears but we also would like to live in the hope that punters who have gone through any of the above make their voices heard. With enough public sway we can drag those grinch bookmakers into the 21st century!

Have you ever experienced a long withdrawal? Let us know what happened and what the resolution was in the comments below, and don’t be shy about naming books that have given you a hard time! 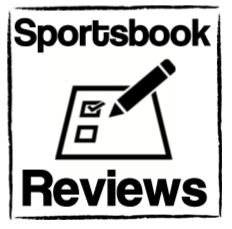 Fantastic comment and some great insight Nostradamus, really enjoyed your insight into your own experience with withdrawals. We’d like to… Read more »

Great article mate. Really enjoyed it. 😉 My own experience with Hollywoodbets has been fantastic – morning withdrawals result in… Read more »

We have the same issue with Sportingbet regardless of if we withdraw to FNB or Standard, FNB is a day… Read more »

I have to say interacting with you guys on here and twitter has been an absolute pleasure. You guys are… Read more »